7 Cuts to the Landscape consists of a two-channel video installation and series of works on paper, created during Jacobus Capone's recent residency at Studio Kura, in the Shiga prefecture of Japan. Responding to a bamboo forest in Itoshima, the project embraces this natural environment as a site for exploring the threshold separating sacred and profane space.

After spending a month within the forest, Capone devised seven gestures to unfold over the course of seven hours in a single day, at seven sites within the forest. He explains:
“I felt it necessary to go back to each of the main spaces I had spent time with in the forest, reach out into them and cut the space in two. To divide. I wanted to undo whatever I had initially done to embed such meaning upon them. An apology of sorts.”

The two-channel video documents these performative gestures, or ‘cuts’, made to the negative space created by dead and fallen bamboo. The forest in which the action unfolds is positioned as the central protagonist in the work and instilled with a devotional reverence. The ritualised engagement that unfolds in the videos exudes a reflective yet redemptive tone, foregrounding both the rift and intertwinement between human and nature. The artist’s interactions with the landscape are attempts to connect to place, history, spiritual and psychological space.

Accompanying the central video work are seven paintings, completed over the course of seven days, one painting per day. From each of the sites, Capone collected a sample of mud that was then individually mixed with local seawater to form the paint for each work. Recalling from memory the aesthetics of each of the sites, Capone started painting from the negative space within and worked outward, hesitant brushstrokes reading like cuts to paper, slowly navigating the unknown. 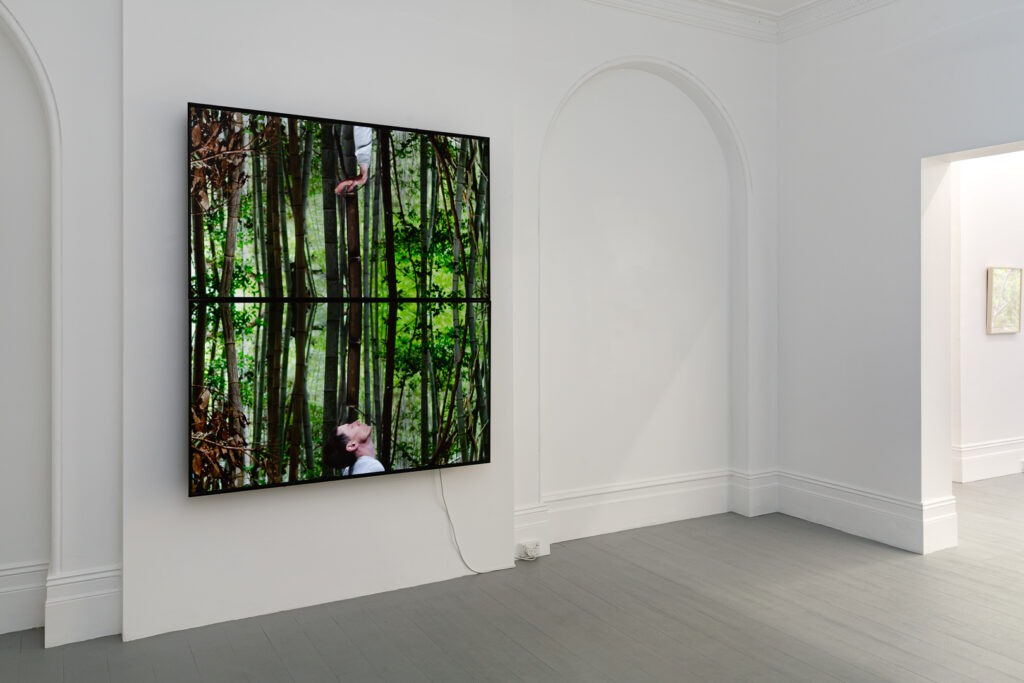 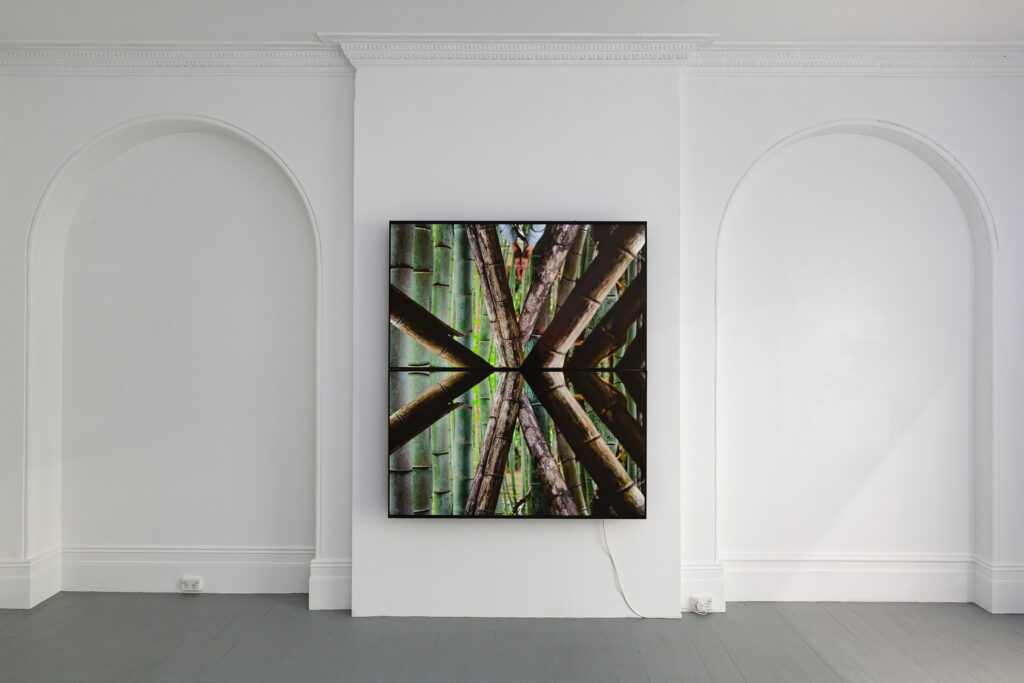 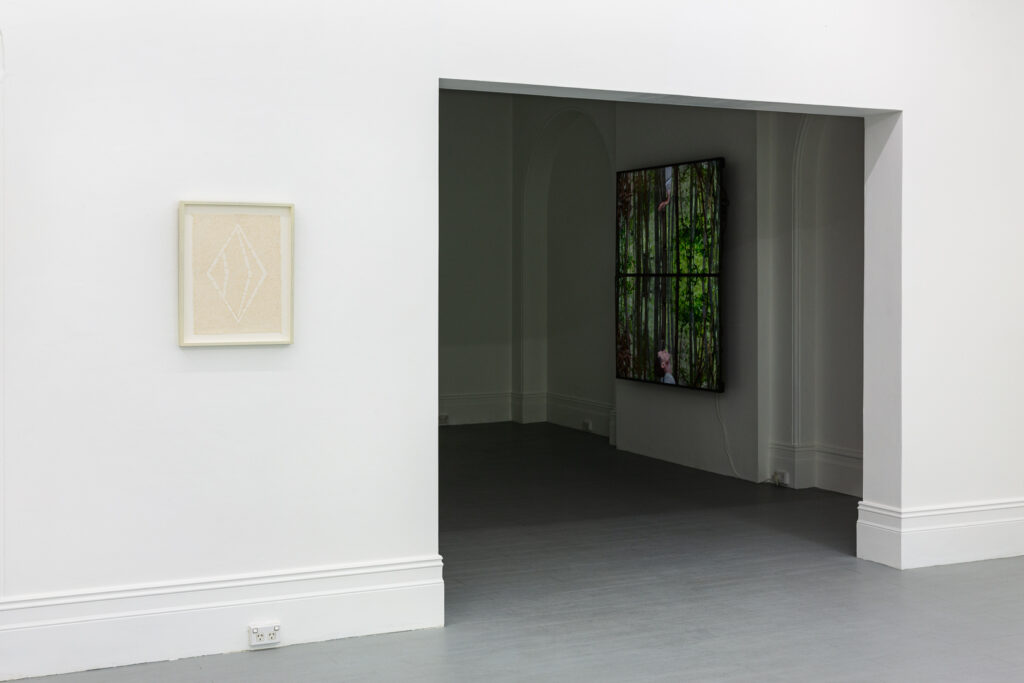 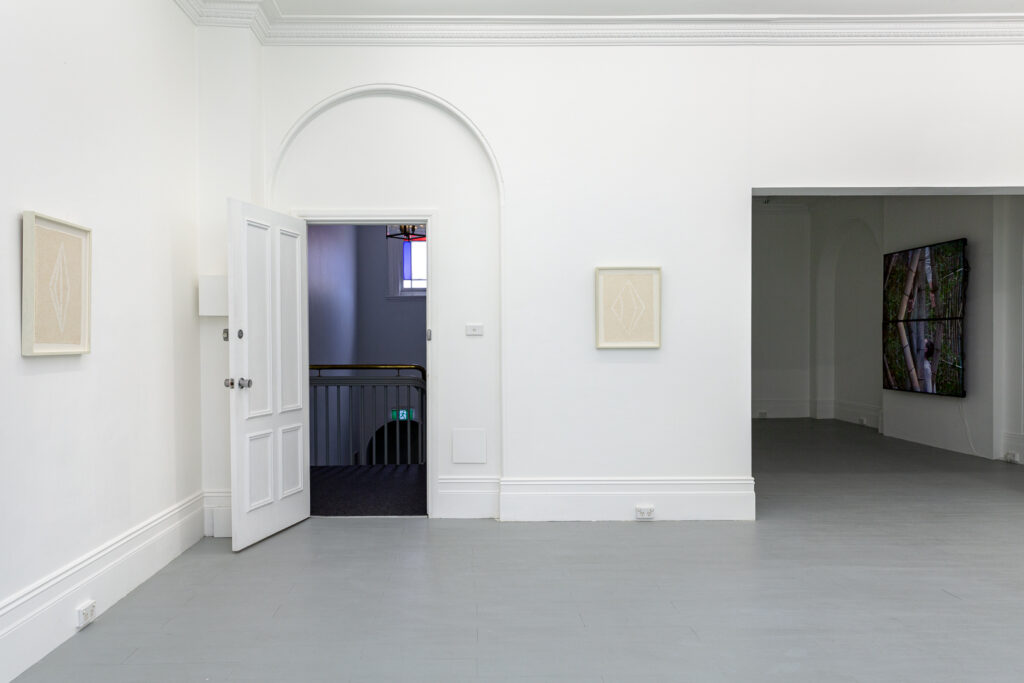 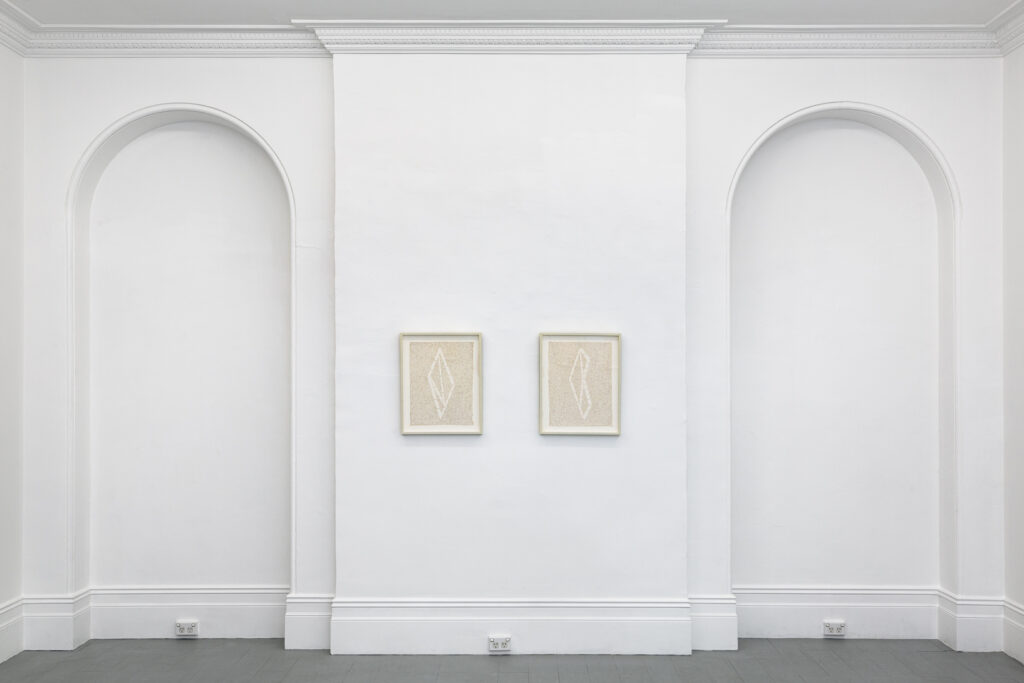 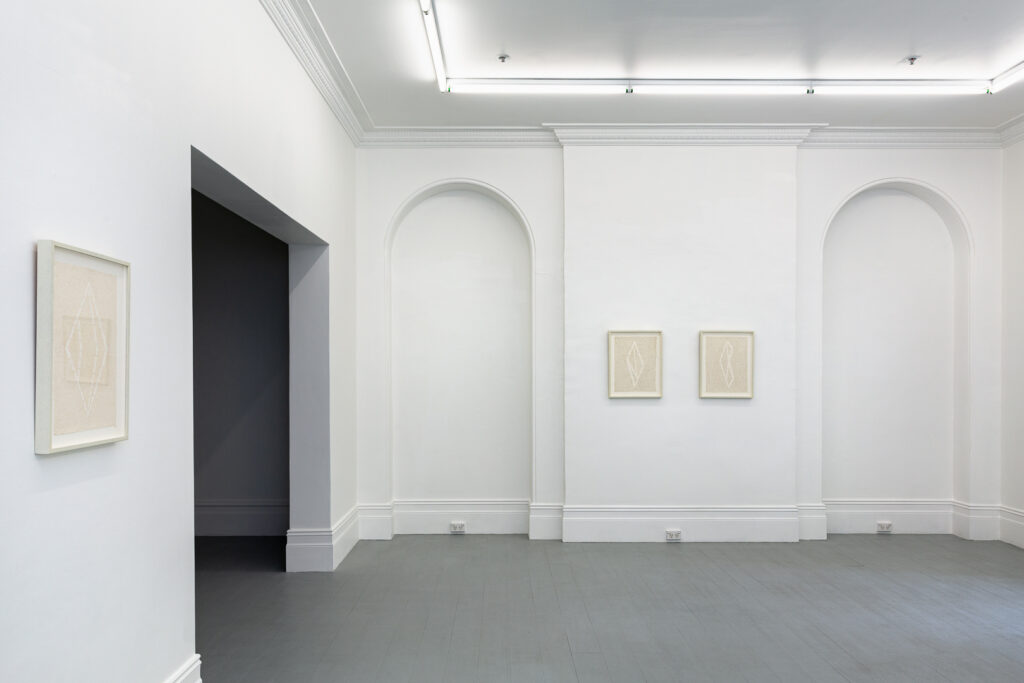 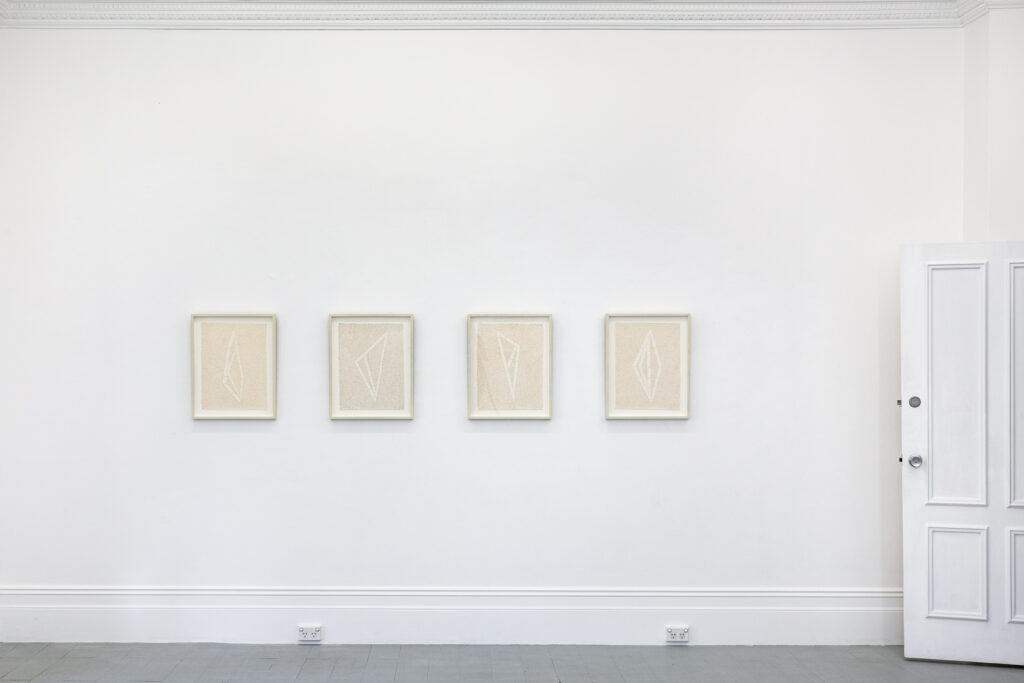 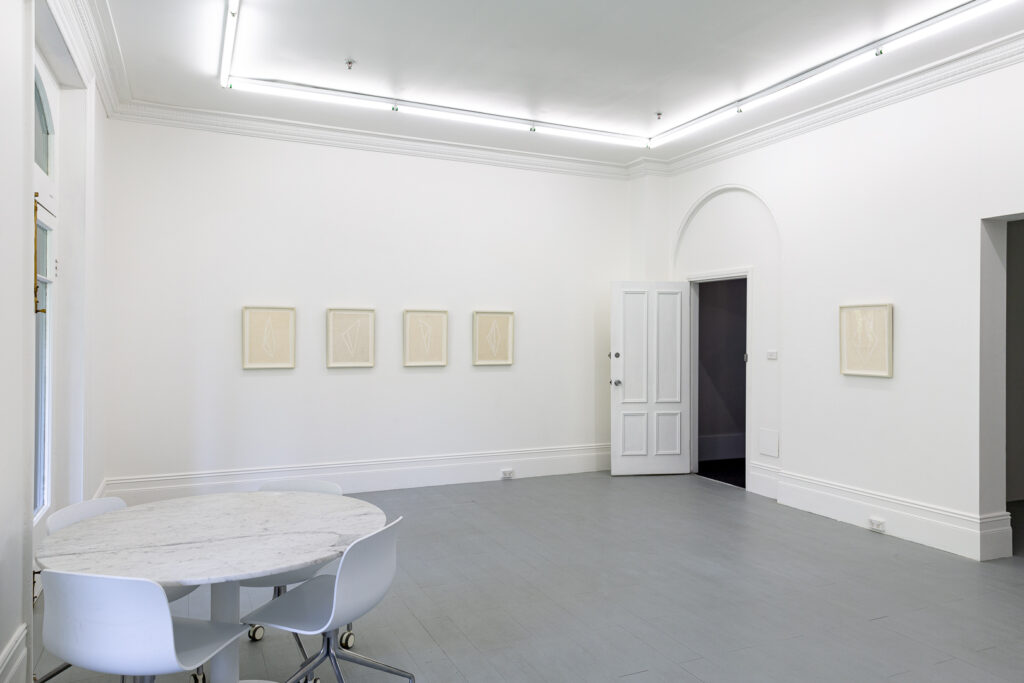 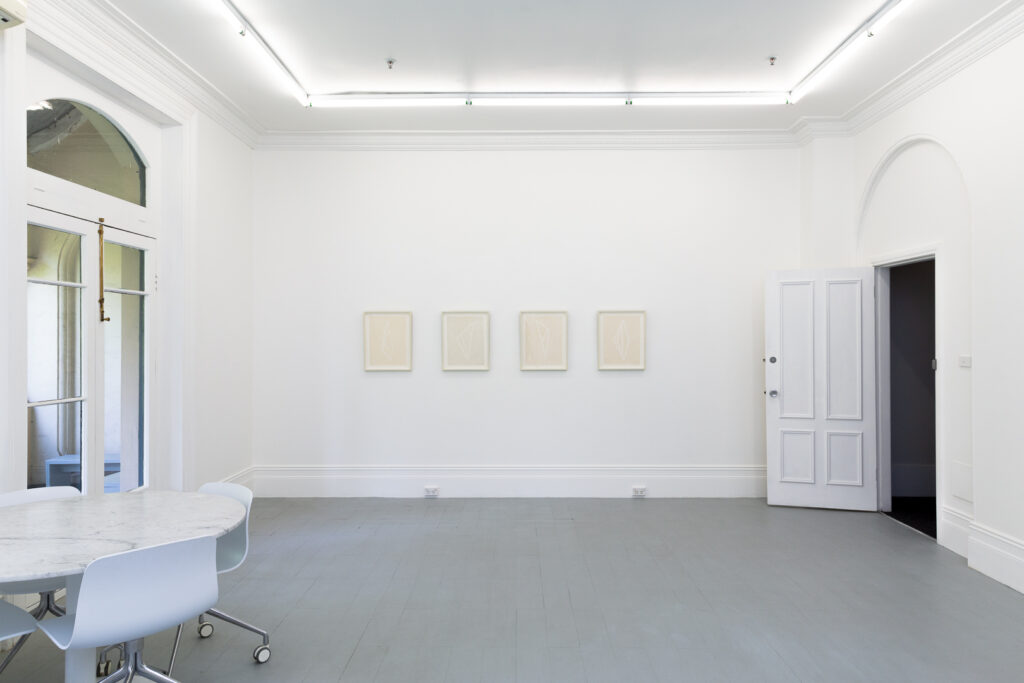 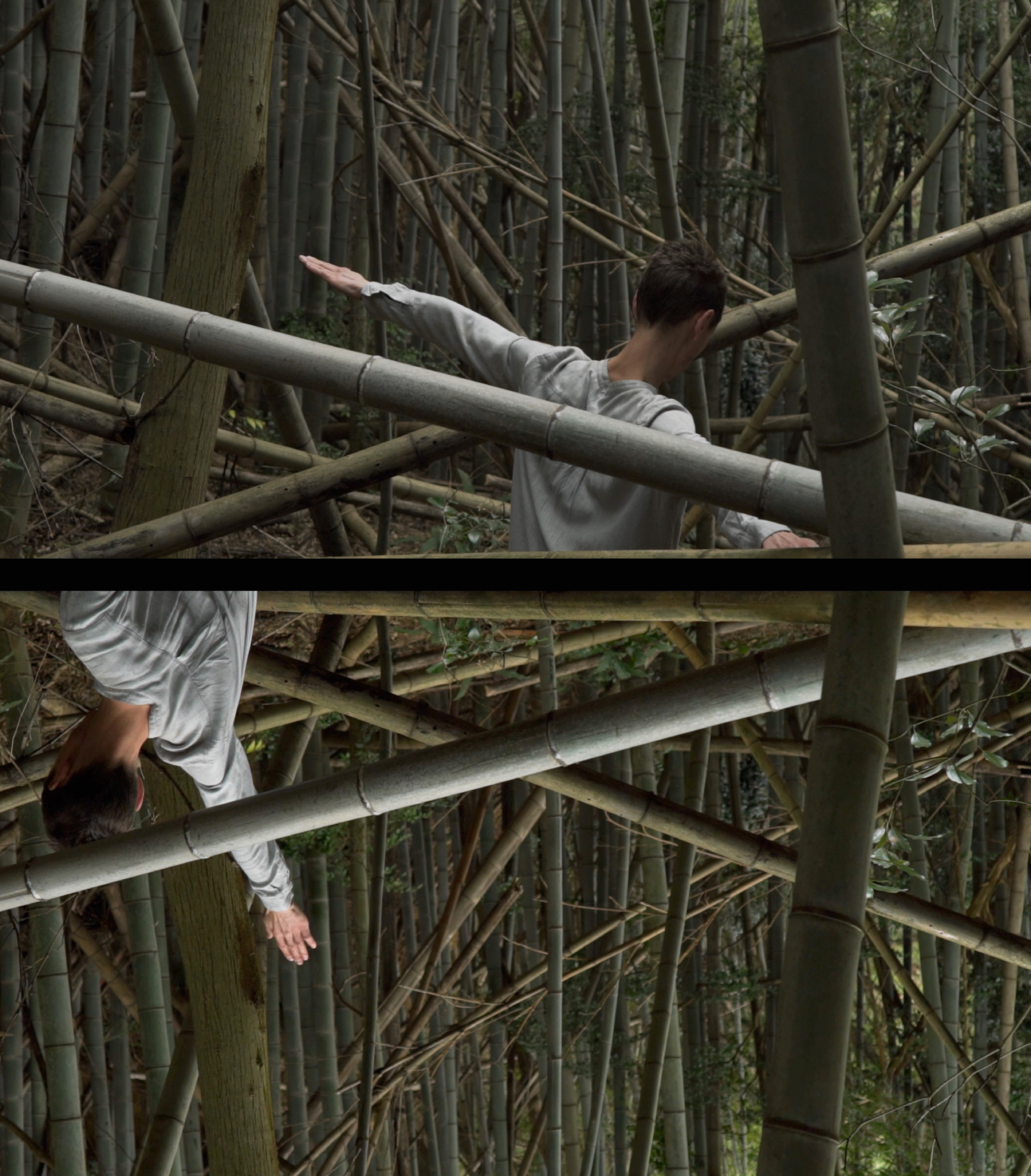 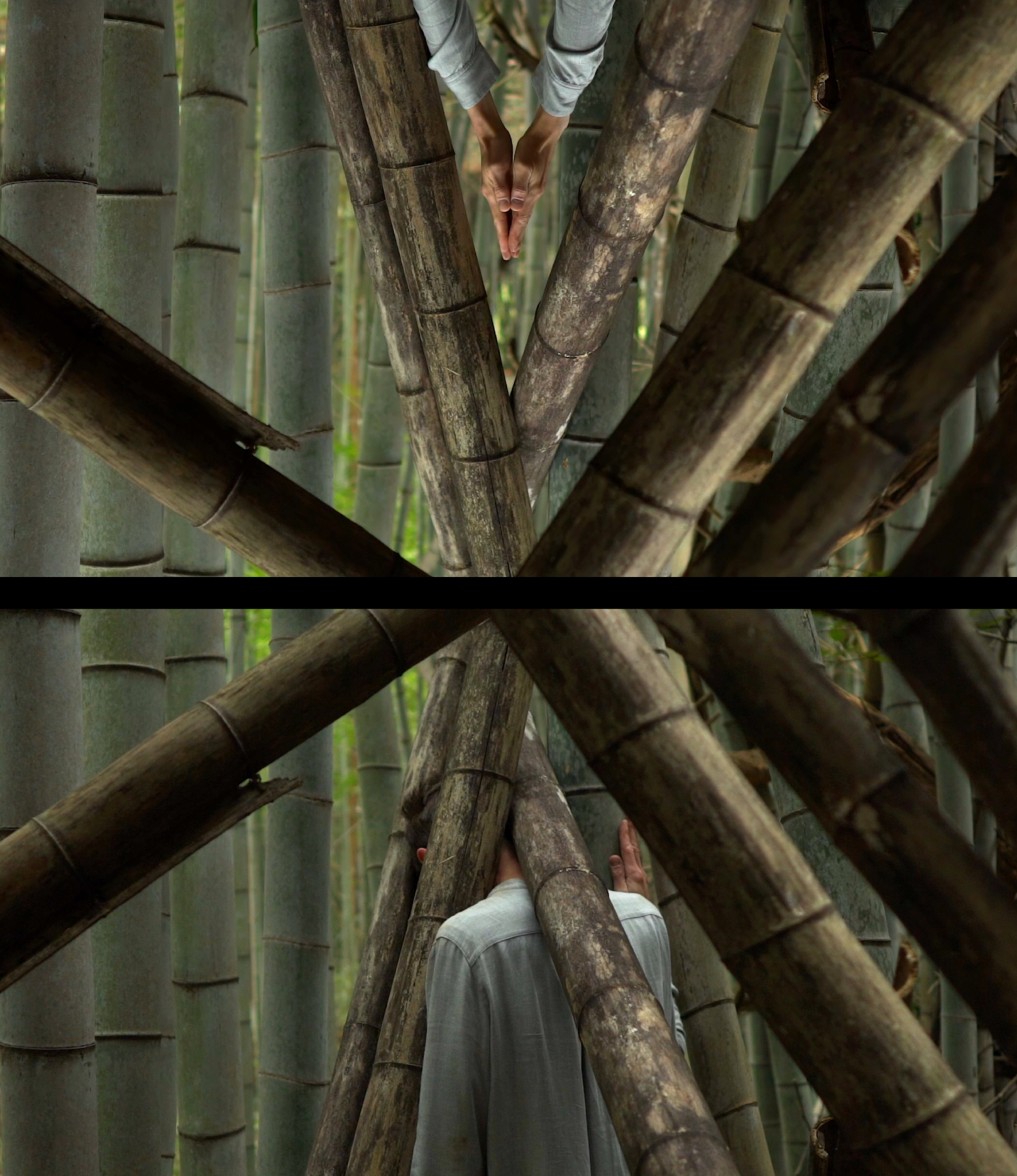 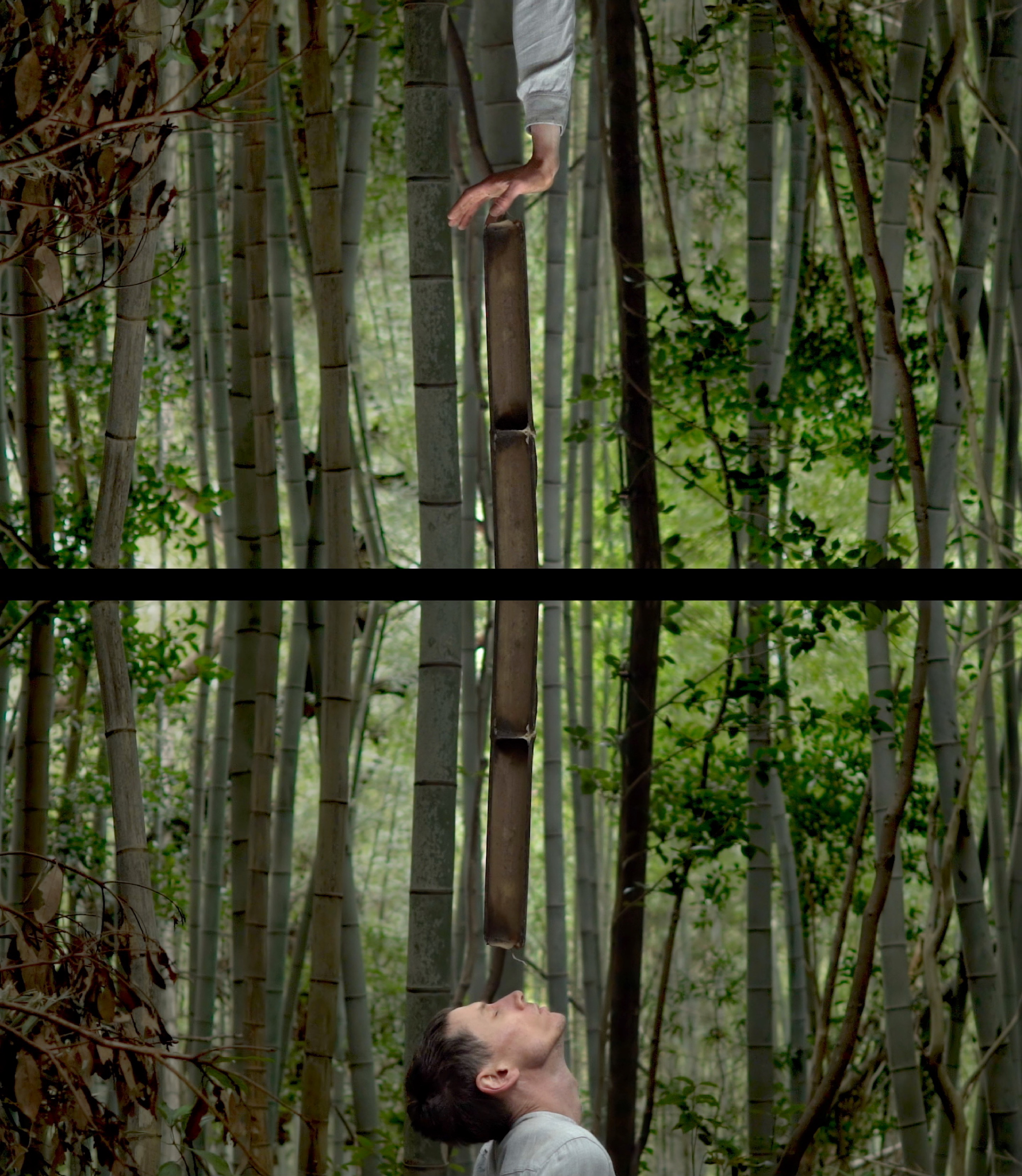 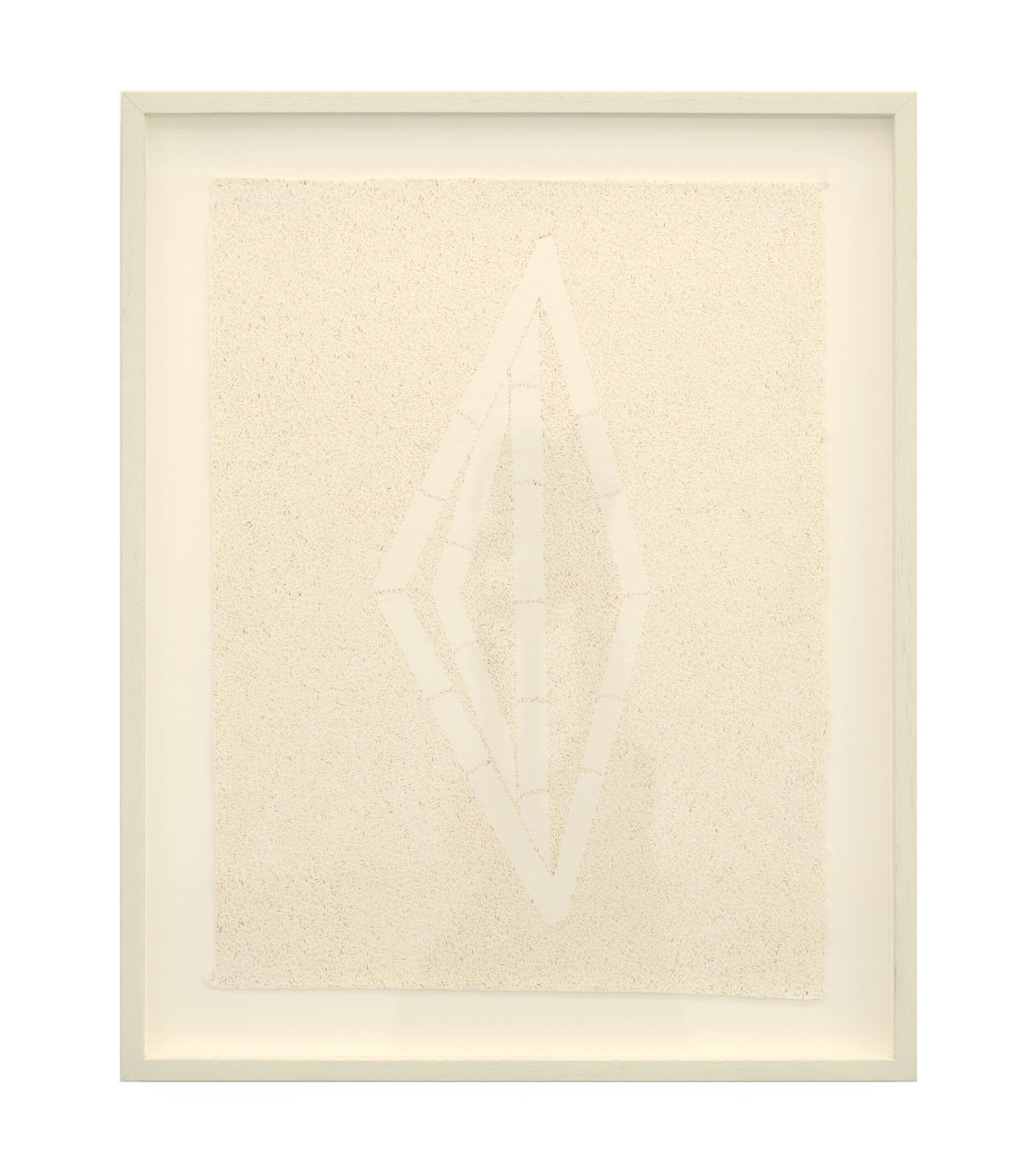 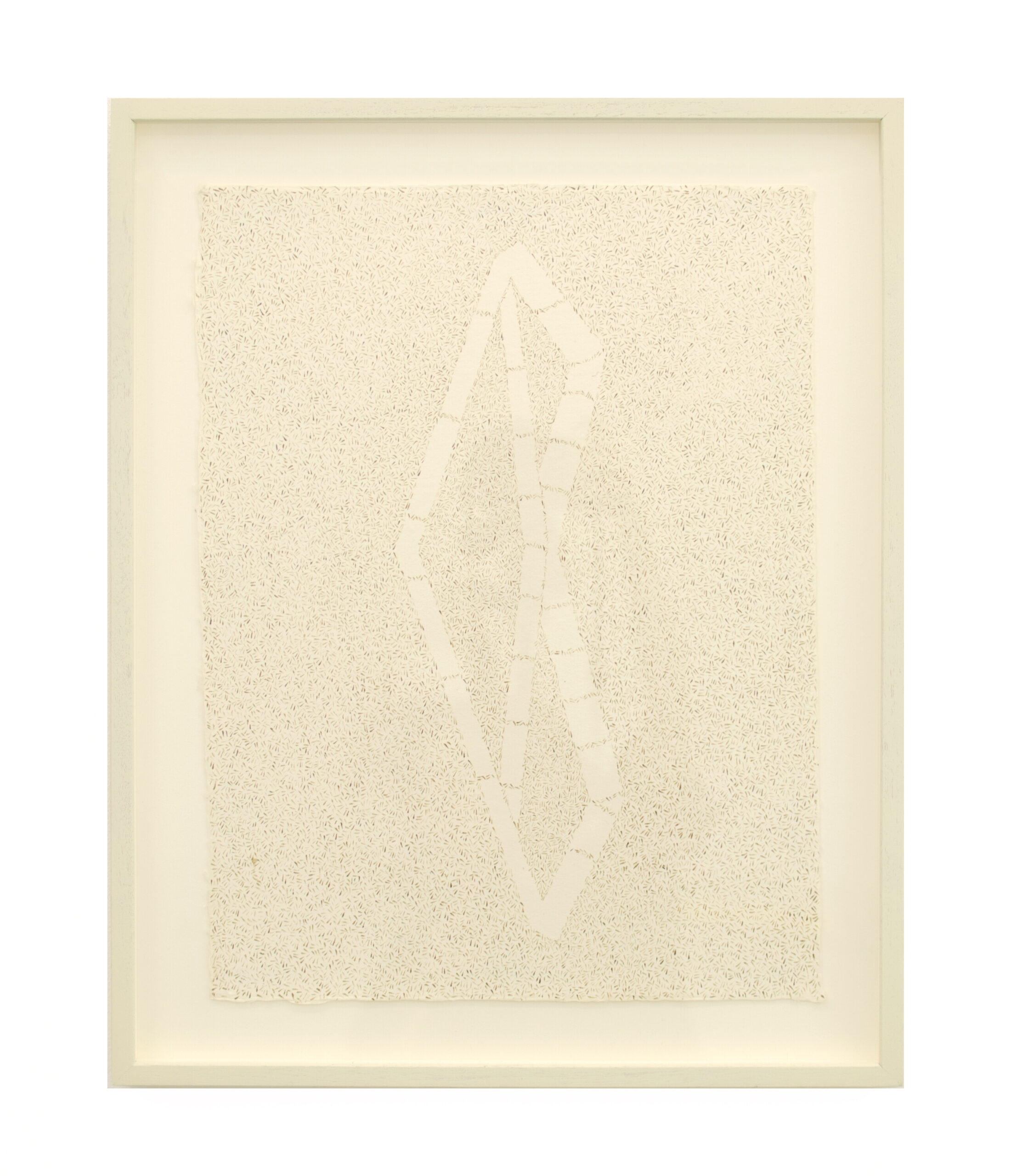 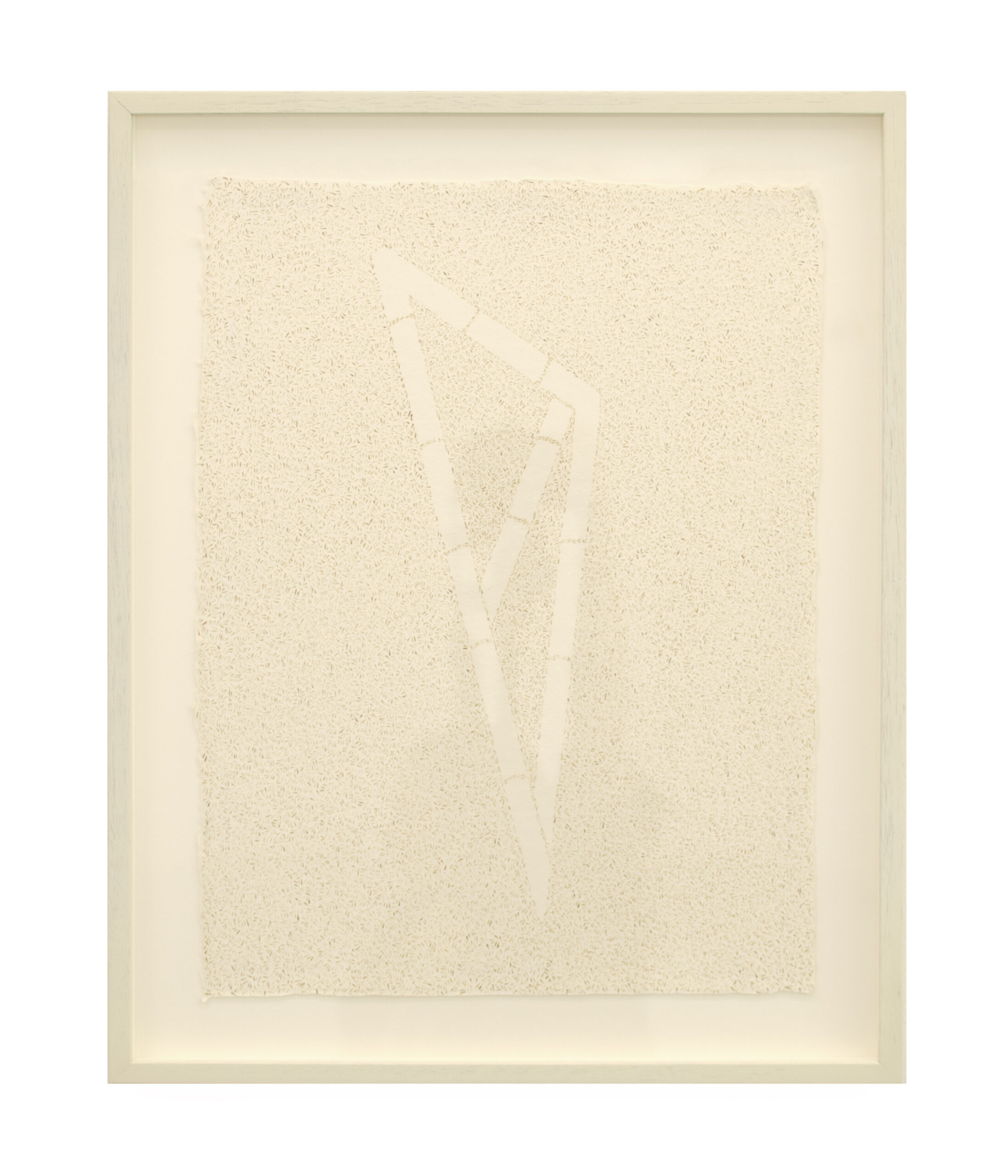 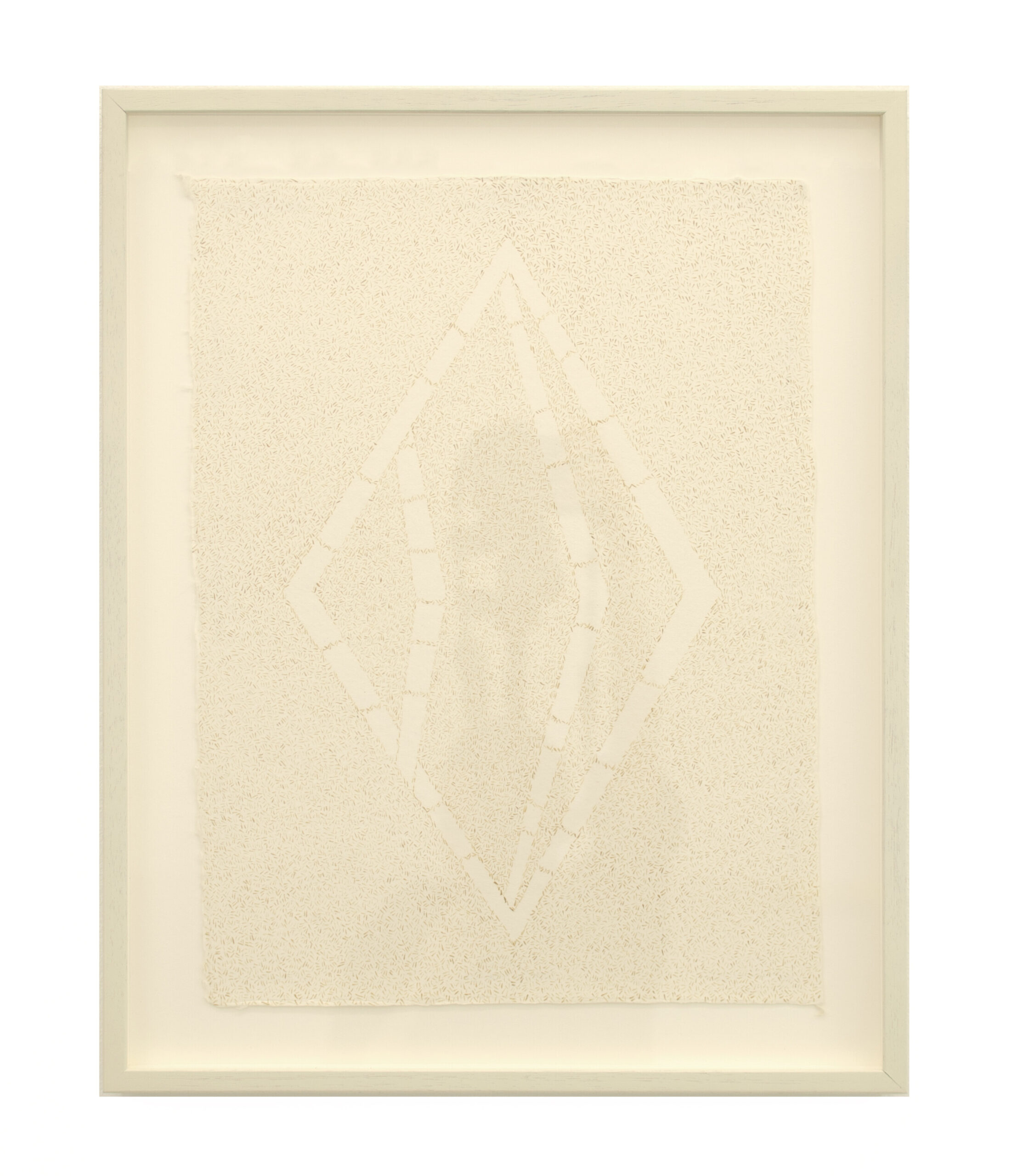 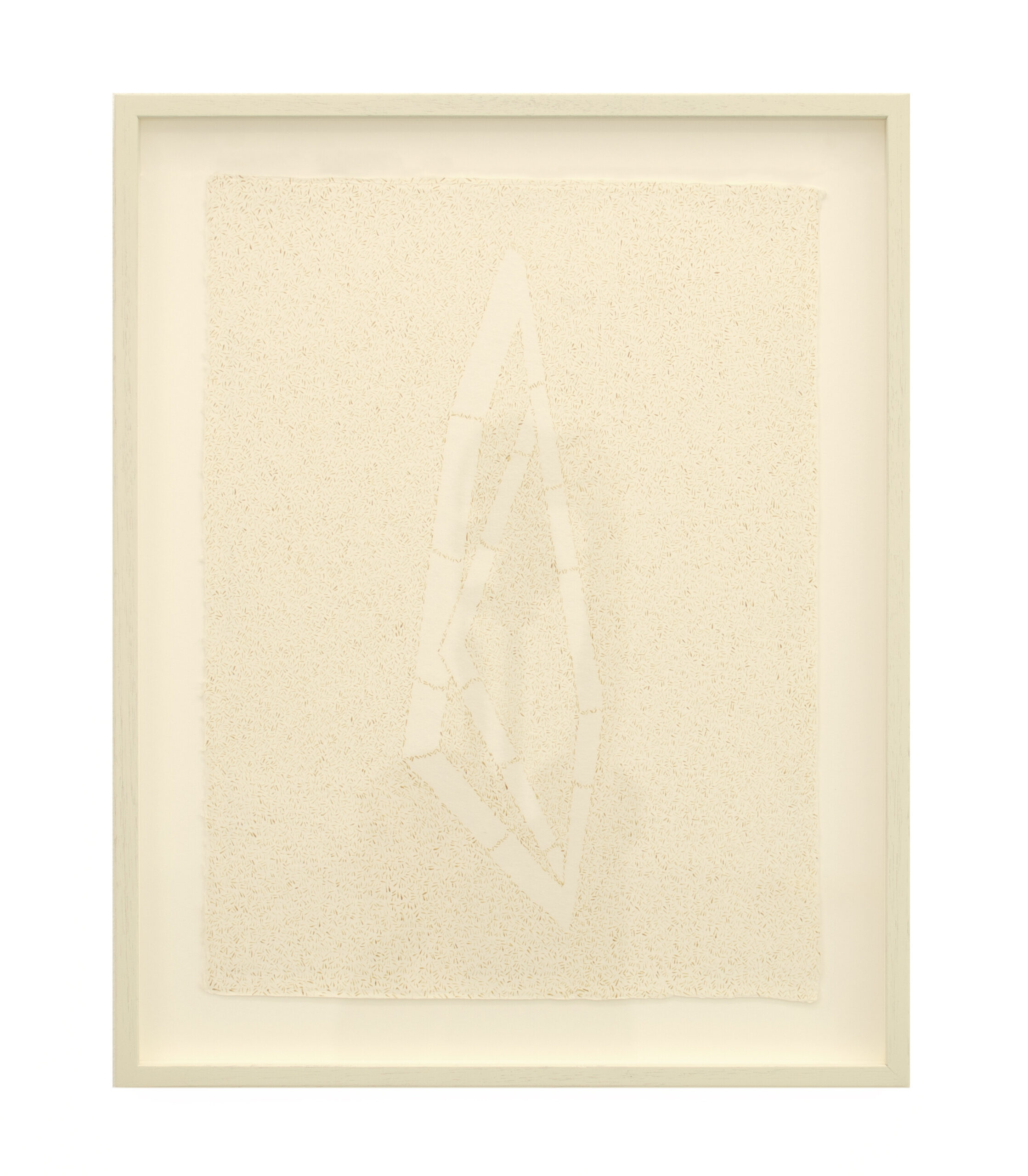 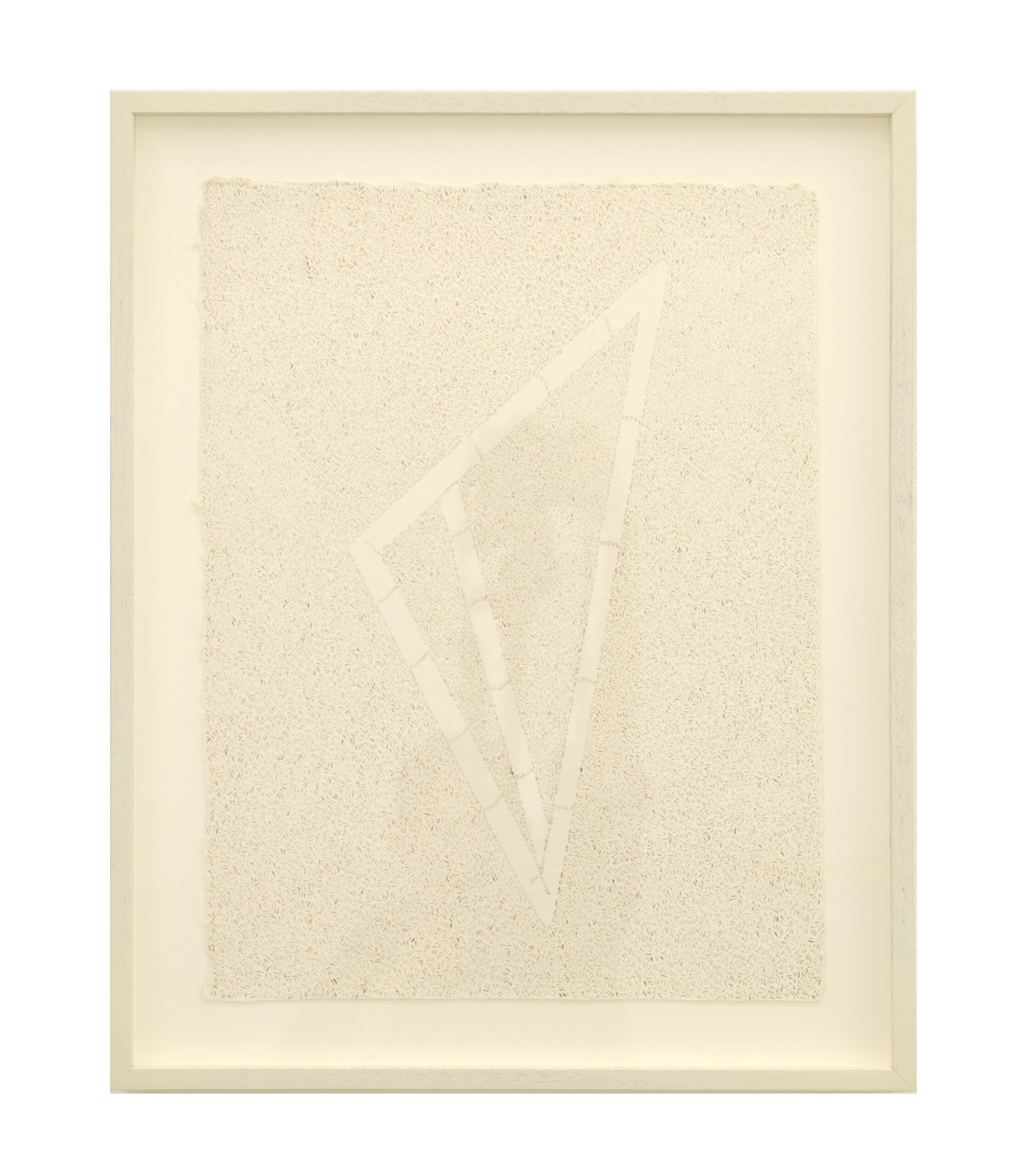 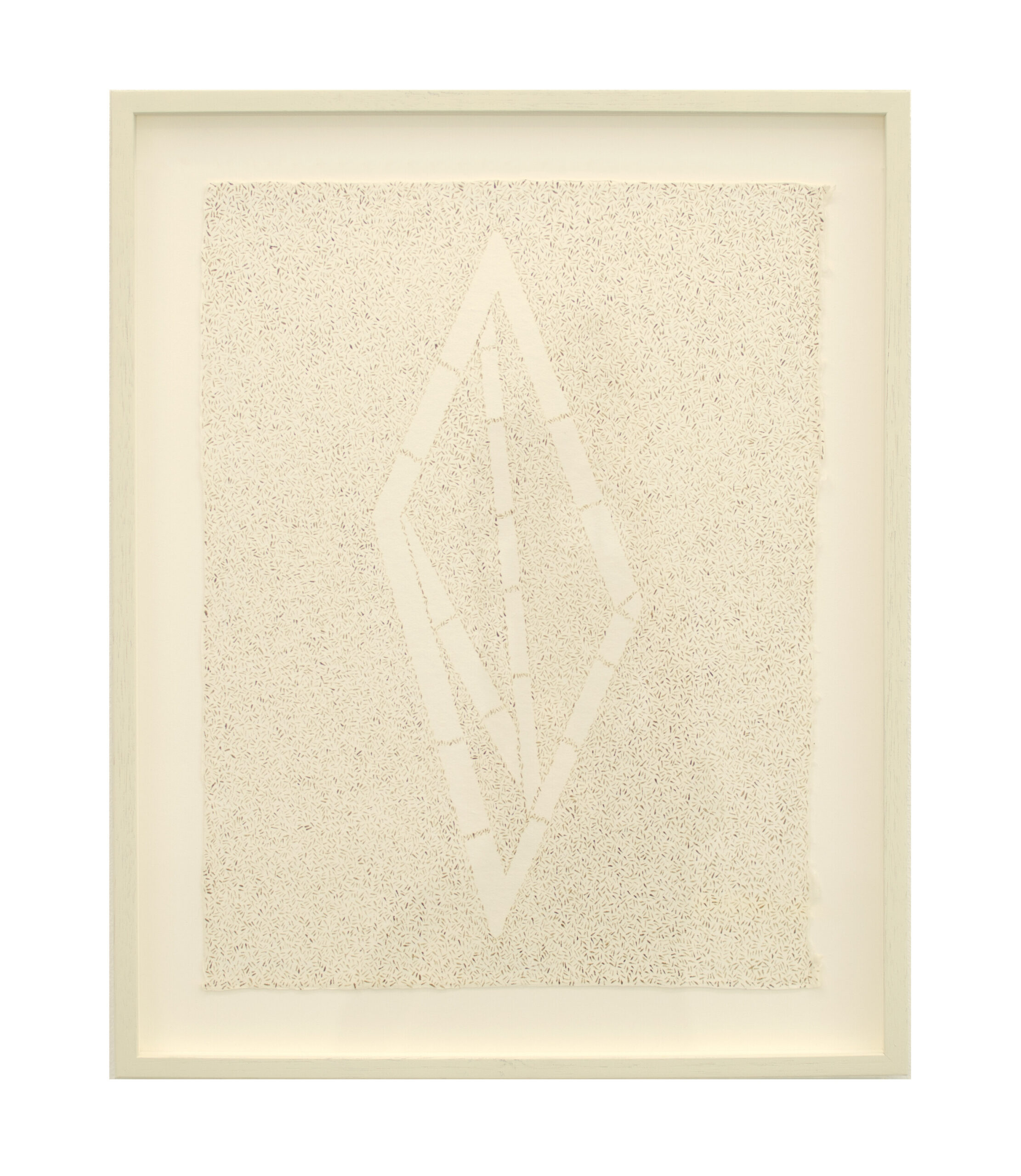