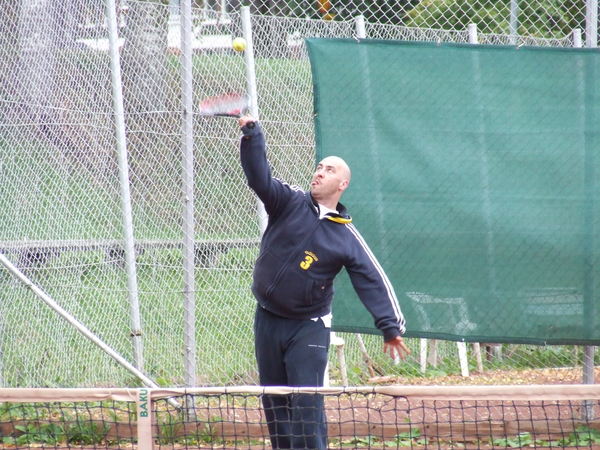 Tony Schwensen in 'The Centre' for Mona Foma

Tony Schwensen is included in The Centre, as part of Mona Foma in Launceston, on now until 19 January, at ​Elphin Sports Centre.
​
​The exhibition takes over an old sports centre with a series of video installations, including Schwensen's 'C'mon' the documentation of a durational work he performed at the 2006 ANTI Contemporary Art Festival in Kuopio, Finland.
​
"Schwensen in his daggy dark green 'Australian' tracksuit relentlessly served, retrieved and served again a single tennis ball for eleven hours, trudging from end to end, screaming 'c'mon' after each shot - an empty exhortation to himself against the drab backdrop of a tenement building, forlorn trees and grey European skies. The work is fingernails-down-the-blackboard material- an excruciating manifestation of the ugly Australian abroad."— Blair French, 'Tony Schwensen : Love it or Leave It', 2008.
​
​