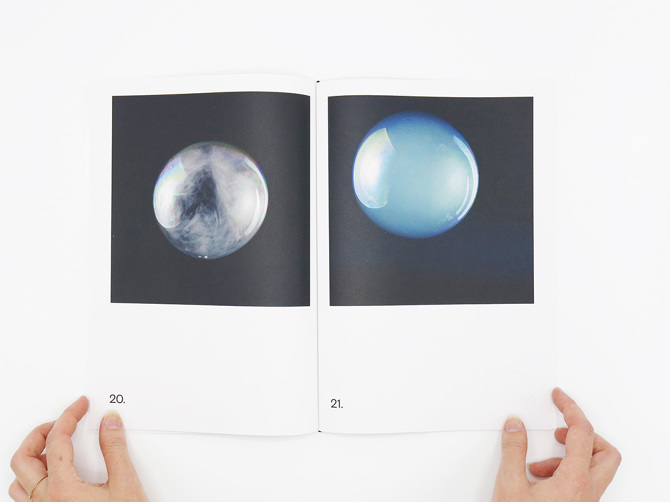 Steve Carr has a new book out, his second published by Perimeter Editions.

“'Smoke Bubbles 1–58' houses a series Carr made while on residency in Japan in 2010. Taking the cover of American soul singer Smokey Robinson's 1973 debut LP Smokey as their point of departure, these images are both planetary and happily preposterous in their bearings. Page after page, we witness soap bubbles filled with cigarette smoke floating, flitting and shimmering against an inky-black studio backdrop – transitory, richly aesthetic moments plucked from a stench of cigarette plumes and a squelch of suds.”