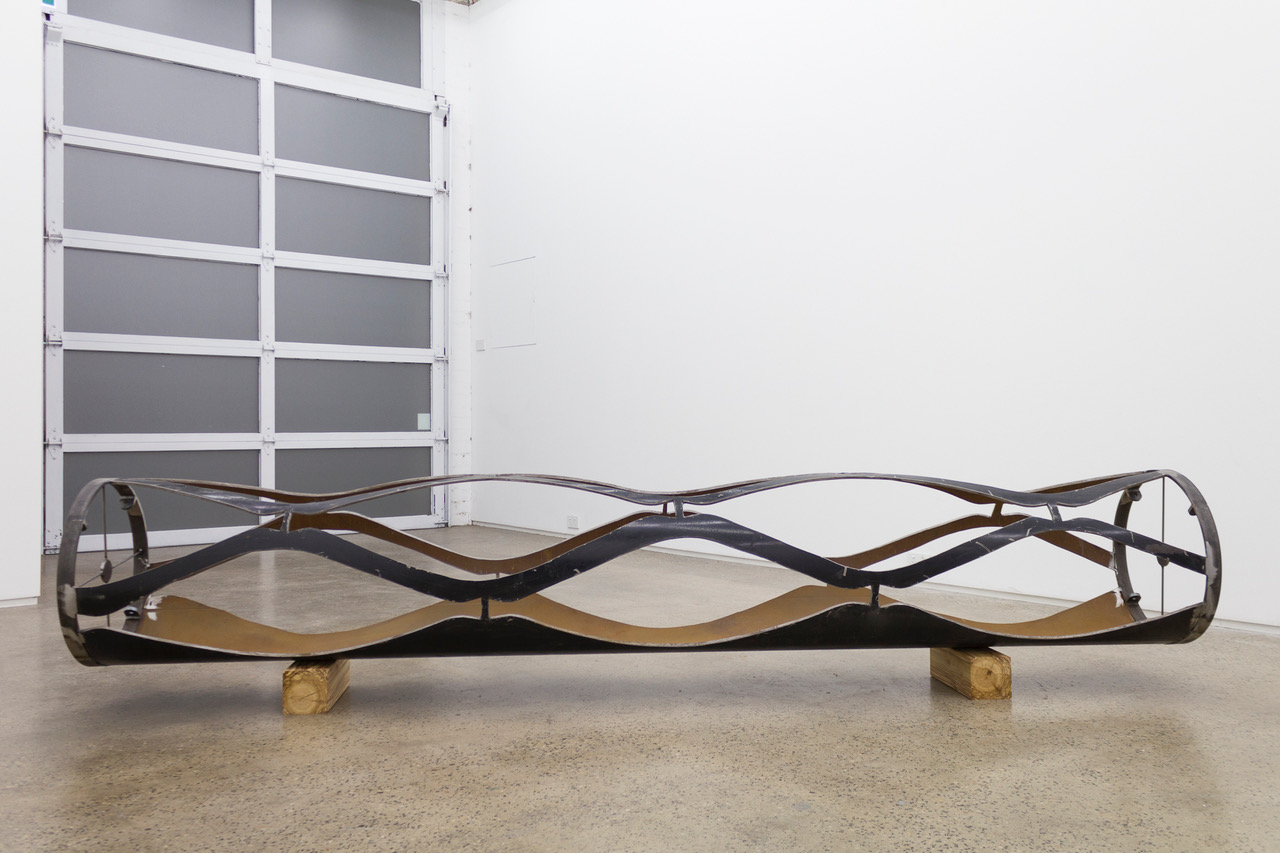 Steaphan Paton in ‘The Australian Inquisition’ at Gertrude Glasshouse

A current Gertrude Studio Artist, Paton’s practice involves an entwining of media to create environments that offer a glimpse of the journey between process and outcome, presenting through an environment of sculpture and multi-channel video. 'The Australian Inquisition' utilises heavyweight steel piping of the kind used in major water or oil distribution as sculptural armatures from which patternised shield-like elements have been extracted. Removed of their functionality to transport resources, the pipes mimic the forms of barks traditionally used in the production of shields, while also resembling some kind of foreign body archeologically excavated and presented as an obscure object of indiscernible origin and function. Looking upon these metallic barks or recently unearthed apparatus, a cinematic journey though landscape unfolds, offering both a visualistic sense of flow and momentum, as well as a contextual cue of historical cultural trajectory.

Opening tomorrow, Thursday 11 April from 6-8pm, ‘The Australian Inquisition’ continues until 18 May.