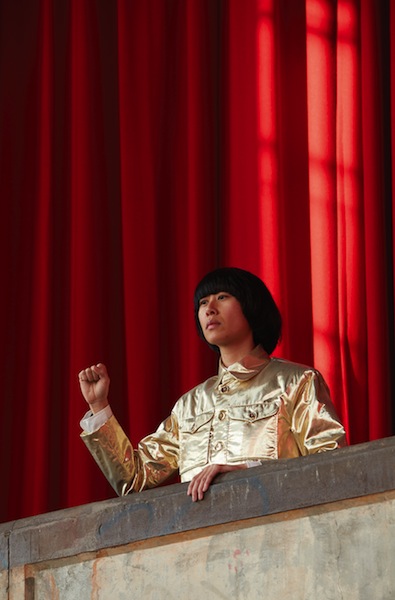 Eugenia Lim's 'The Ambassador' opens at The Riddoch

Eugenia Lim's travelling exhibition 'The Ambassador' opens today at The Riddoch, Mount Gambier, and is showing until 23 February.
​
​'The Ambassador' presents three distinct series by Lim that centre upon a gold-suited figure who appears halfway between truth and fantasy. In each series, Lim transforms herself into her eponymous invented persona, the Ambassador, an insatiability curious character who traverses time and space, playfully exploring Australia’s cultural and built landscapes.
​
​​This project was commissioned by 4A Centre for Contemporary Asian Art, supported by the City of Melbourne and part of the inaugural Asia TOPA Triennial of Performing Arts. It is supported by Museums & Galleries of New South Wales.