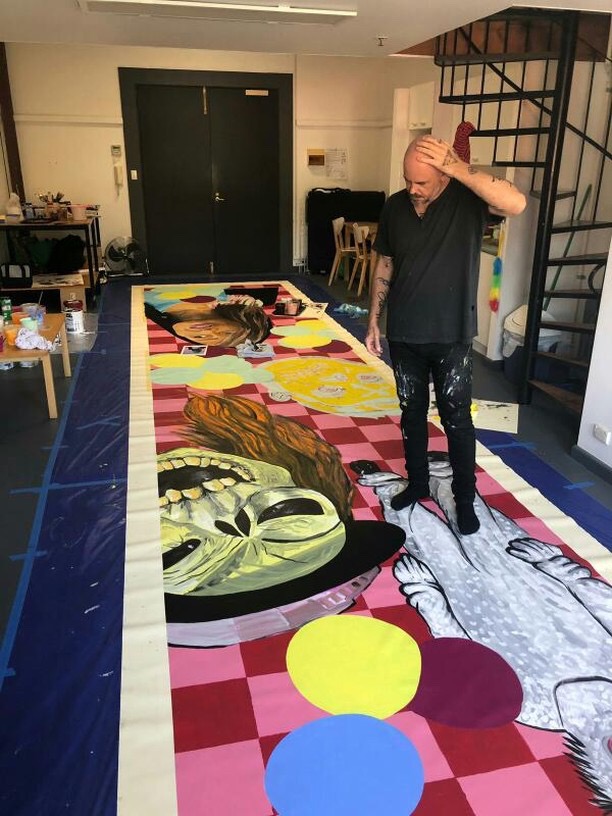 David Griggs has been commissioned to create two 8.4 metre long paintings for the entrance of the Palais de Tokyo, Paris, for the upcoming exhibition 'City Prince/sses'.

'City Prince/sses' focuses on the rise of the 21st century megacity. The exhibition is presented as an imaginary, multiple and complex city, without borders, messy, staggering and creative: an unpredictable laboratory, which is always in motion and being (re)constructed.